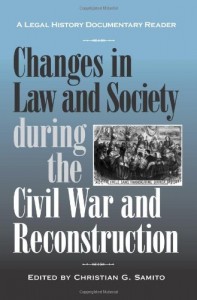 Changes in Law and Society during the Civil War and Reconstruction: A Legal History Documentary Reader

The first comprehensive collection of legal history documents from the Civil War and Reconstruction, this volume shows the profound legal changes that occurred during the Civil War era and highlights how law, society, and politics inextricably mixed and set American legal development on particular paths that were not predetermined. As editor, Christian has carefully selected excerpts from legislation, public and legislative debates, court cases, investigations of white supremacist violence in the South, and rare court-martial records, added his expert analysis, and illustrated the selections with telling period artwork to create an outstanding resource that demonstrates the rich and important legal history of the era. 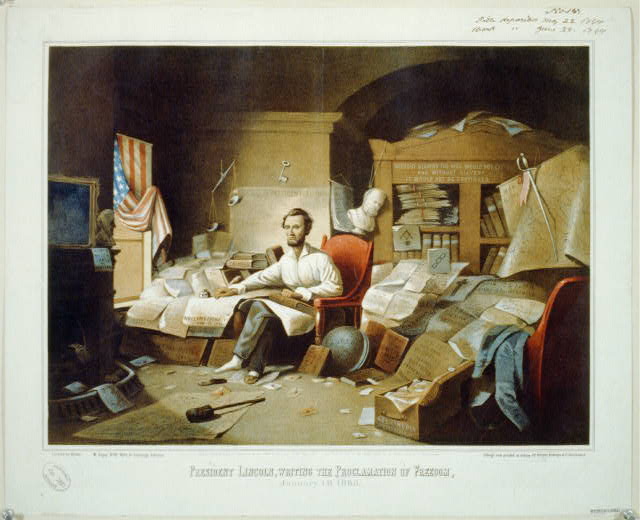 “President Lincoln, Writing the Proclamation of Freedom.” Lincoln is drafting the Emancipation Proclamation, his left hand placed on a Bible which in turn rests on a copy of the Constitution in his lap. A bust of Unionist Andrew Jackson rests on a mantelpiece to Lincoln’s right, while a bust of James Buchanan, who did little to stop secessionism, hangs by a rope around its neck behind Lincoln. The scales of justice appear behind Lincoln’s right shoulder, while a railsplitter’s maul lies near Lincoln’s feet. (1863) (Library of Congress) 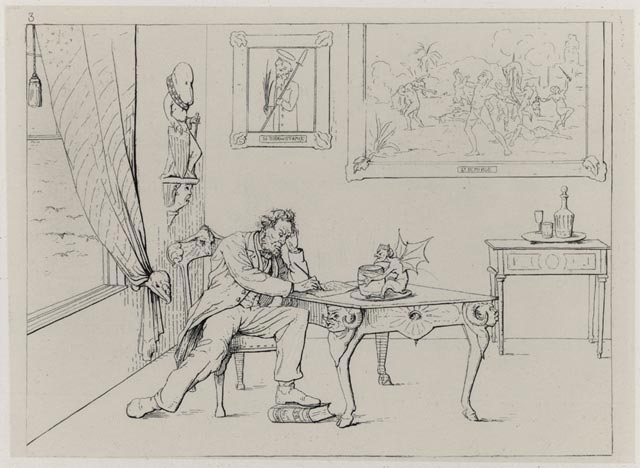 Caricature of Lincoln writing the Emancipation Proclamation, by Adalbert Volck. A Confederate agent, Volck emigrated from Bavaria and settled in Baltimore, where he practiced dentistry and ridiculed Lincoln and other officials and generals in his sketches. Lincoln’s foot rests on the Constitution, the Devil holds his inkstand, a personification of Liberty is hooded in the background, and paintings on the wall depict abolitionist John Brown and the slave revolt in Haiti. (1864) (Library of Congress) 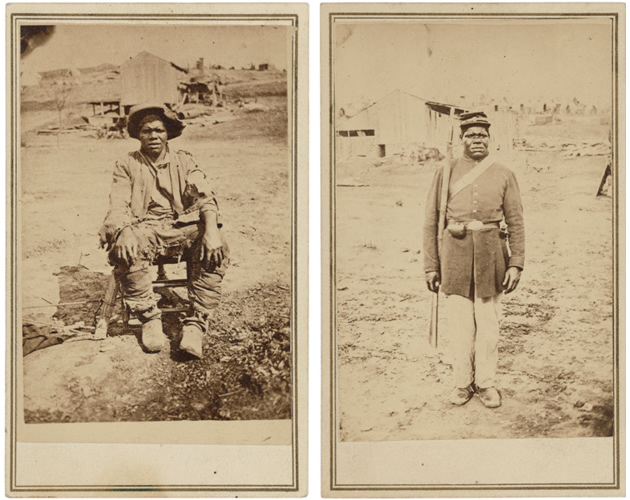 Hubbard Pryor as a slave and as a private in the 44th USCI, showing the transformative moment that took place for many black men when they joined the Union army. (National Archives) 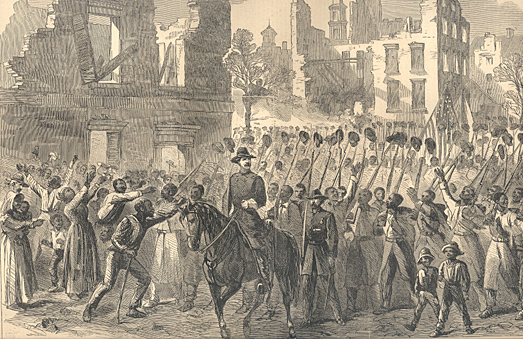 One of the most compelling moments experienced by many black soldiers was the reception they received by new freed people as the Union army advanced toward ultimate victory. Here, jubilant ex-slaves greet the 55th Massachusetts as the regiment enters Charleston, S.C. (Harper’s Weekly, March 18, 1865)

“And Not This Man?” Columbia poignantly challenges white people in asking how a black war veteran, who lost a leg in service to the Union, still could not vote. (Thomas Nast, Harper’s Weekly, August 5, 1865) 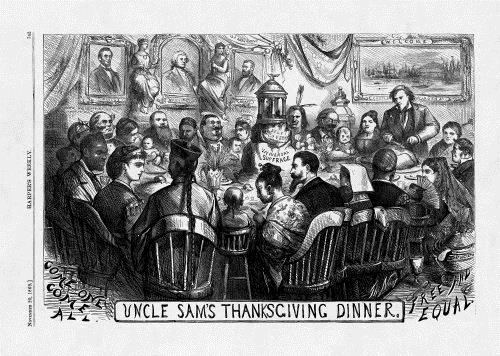 “Uncle Sam’s Thanksgiving Dinner.” A celebration of egalitarianism, Uncle Sam carves a turkey at a large table surrounded by men, women and children of different races and nationalities. Uncle Sam’s female counterpart, Columbia, sits at the far left of the table between a black man and a Chinese family. In the background, a banner celebrates the as yet not ratified “15th Amendment,” and the table’s centerpiece is labeled “self-government/universal suffrage.” Behind Uncle Sam is a painting depicting Castle Garden, a major entry point for immigrants at the time before Ellis Island replaced it. (Thomas Nast, Harper’s Weekly, November 20, 1869) (Library of Congress)